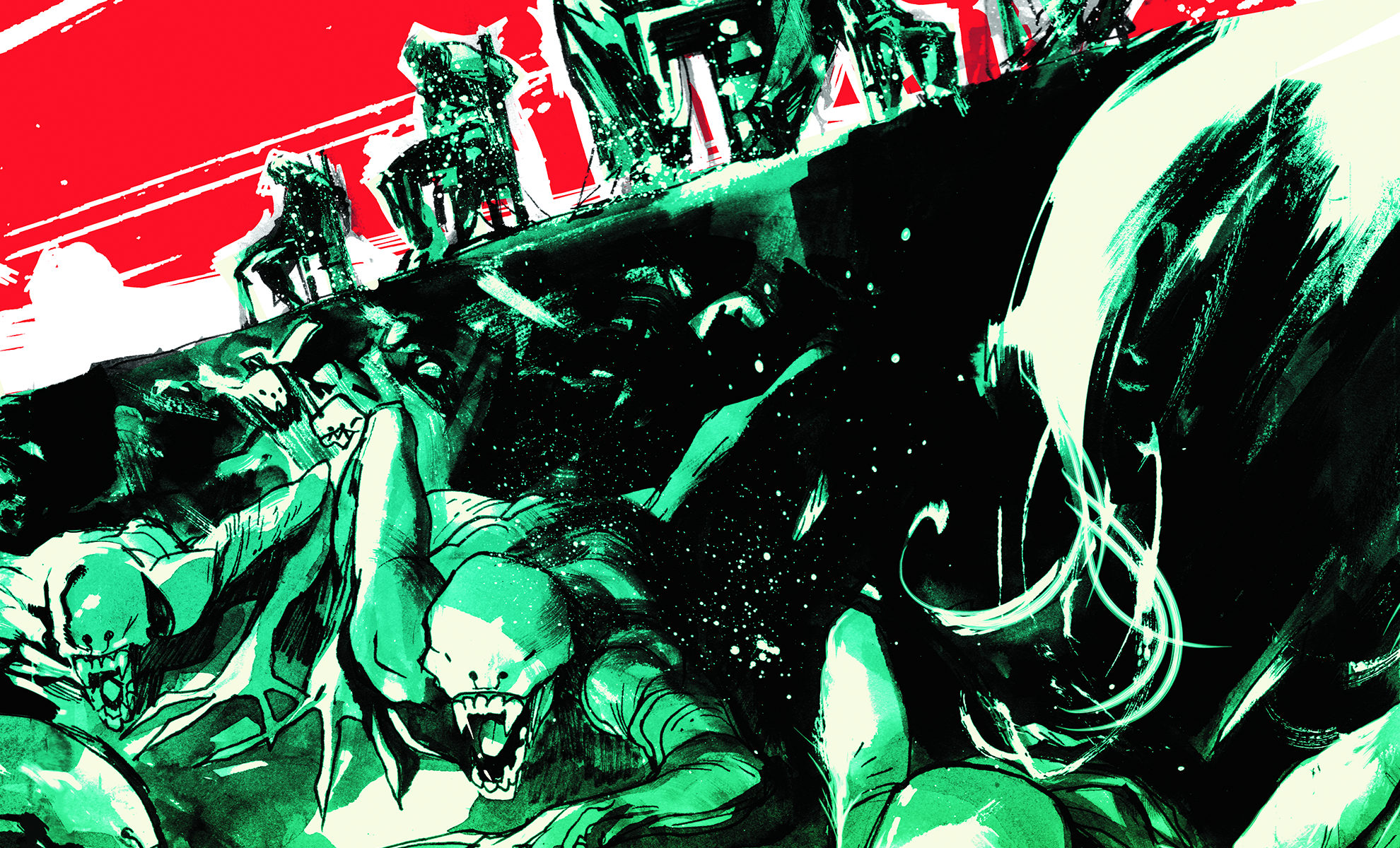 Written by SCOTT SNYDER Art and cover by RAFAEL ALBUQUERQUE The “Ghost War” rages on in the Pacific, and things don't look good for our heroes when something terrible crawls out of the caves of Taipan. Meanwhile, the U.S. Marines strike, and Henry's unit is caught in the middle. Plus: the truth about Skinner's plan is revealed! On sale JUNE 29

Henry Preston and the special military team formed by the Vassals of the Morning Star are held prisoners of the Imperial Japanese Army on Taipan. They are forced to participate in an experiment with a savage and feral breed of vampire. Meanwhile, Pearl lands on the island and begins her search for her beloved.