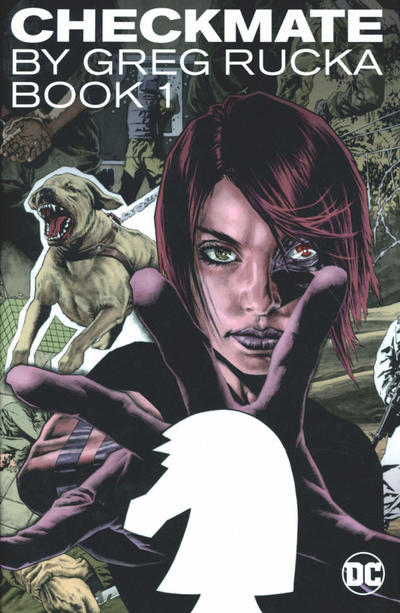 The Knights return from the botched mission, which puts Fire’s future with the organization in jeopardy. The friction among the royals begins to move.

Checkmate is drawn into the politics of Santa Prisca which appear to have been rigged against Bane. Friction begins to rise as the other three Royals suspect Waller has a hand in things she should not.

Bordeaux moves to get the mission back on track, impressing the DEO and Shadowpact into service. Holt reveals his Bishop.

With the help of the Shadowpact, Checkmate gets its Pawn into play, but at a price.

An operation to infiltrate Kobra hits a snag thanks to US federal officials.

The Squad’s mission goes as par, but Waller gets what she wanted. And maybe a bit more.

Waller acts outside her purview to try and get UN sanction for an operation. When she is turned down, she presses a group of villains into a "Suicide Squad" mission.

As a result of the last operation, a new Black Queen’s Knight is selected and Alan hands his role to Mister Terrific.

The Game of Kings Part 4

In clearing up the connenction between Kobra and China, Alan puts the mission of Checkmate ahead of national concerns, and pais the price.

The Game of Kings Part 3

While the Bishops try to work out the situation in China, Kobra moves against the White Side Royals and Sasha’s team gets in deep.

The Game of Kings Part #2

Plans are put in motion to save the agency from being disbanded. While Sasha leads a team into China, Alan and Waller ply politicians.

The Game of Kings Part #1

Sasha Bordeaux, Fire, and Jonah McCarthy infiltrate a Kobra base to find the source of a biotoxin. Alan Scott and Amanda Waller attend a meeting of Checkmate’s UN oversite commity reviewing the organization’s mandate.