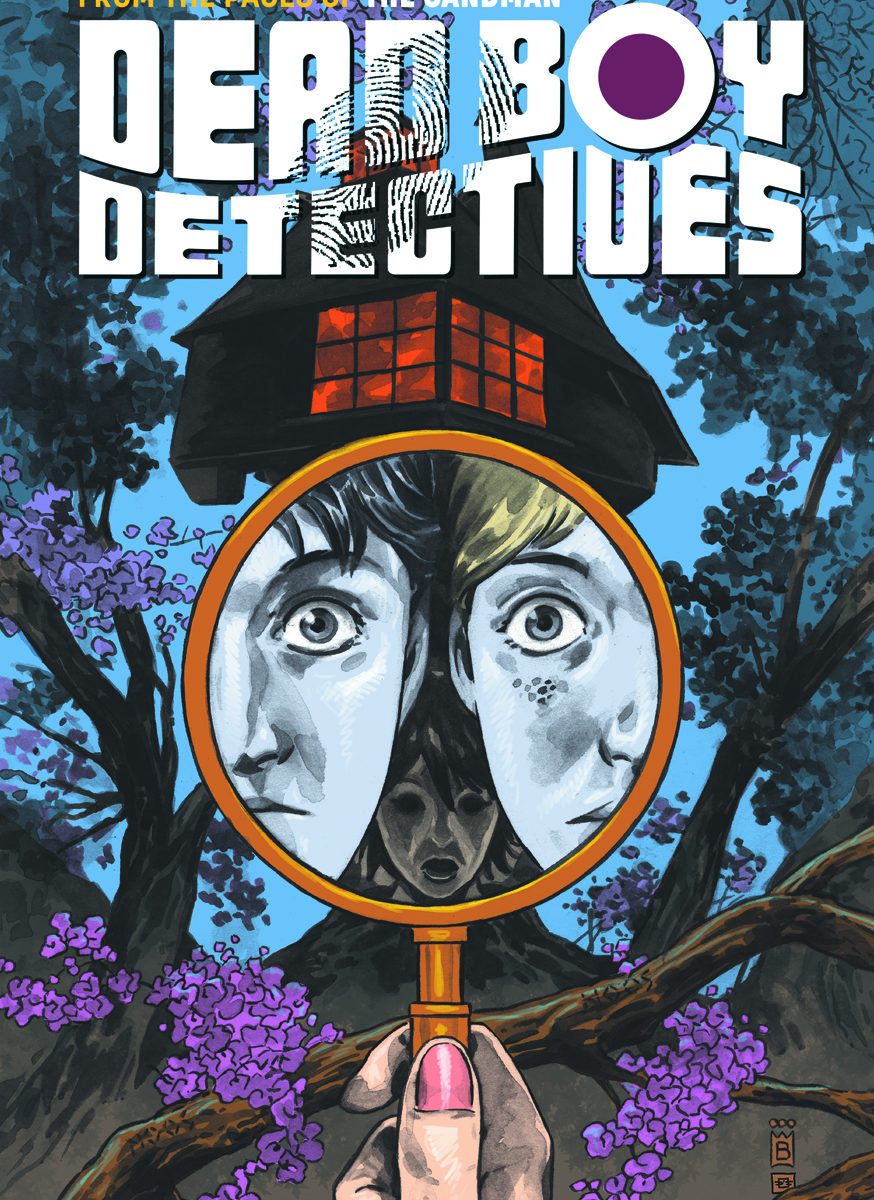 From the pages of THE SANDMAN, Neil Gaiman's dead boys get their own monthly series! As fans of storybook detectives, Edwin Paine (died 1916) and Charles Rowland (died 1990) will take on any and all mysteries – including their own untimely deaths! The dead boys head back to St. Hilarions, where bullying headmasters continue to rule the school. But when they investigate the lingering mysteries of their own deaths, they meet a young girl named Crystal whose tech skills and strange link to the undead earn her a place as a new detective. DEAD BOY DETECTIVES is a fast-paced adventure series that takes us from the bustling streets of contemporary London to Japanese-inspired video games and dangerous worlds perched somewhere between the now and nevermore.