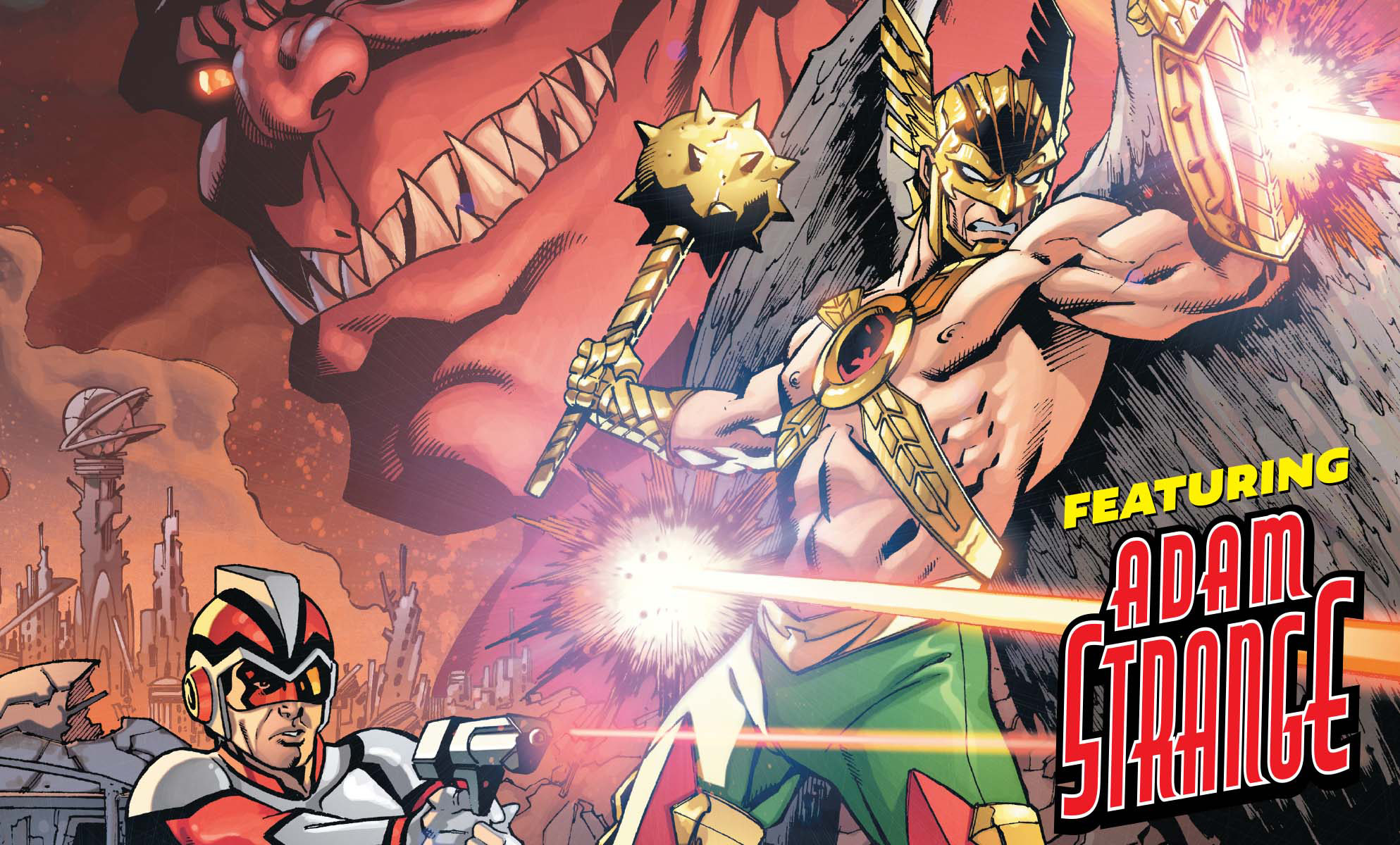 Out of Time Part 1

Residing on Earth and out of the hero game, Adam Strange finds himself trying to live a “normal” life, until he's literally pulled back into adventure again when a seemingly normal Zeta beam transmission returns him to the planet Rann, where he hopes to be reunited with his beloved Alanna. But instead he finds the once-great city of Ranagar in ruins, with millions dead, and the once peaceful Alanna is now calling for the blood of Rann's oldest enemy, Thanagar, home of the Hawkmen. Sensing something is amiss, Strange finds an ally in Hawkman, who also is trying anything possible to avert war. Don't miss the start of this sensational new six-issue miniseries!

Out of Time Part 1

On Rann, Adam Strange and Hawkman escape from a battle that has left Katar injured. Adam recalls the events that led him to this situation, starting with Adam stranded on Earth when the Zeta beams that he was expecting were mysteriously diverted to other locations on Earth. Meanwhile, Thanagarian terrorists attack Sardath and Alanna in Sardath’s lab in Ranagar.