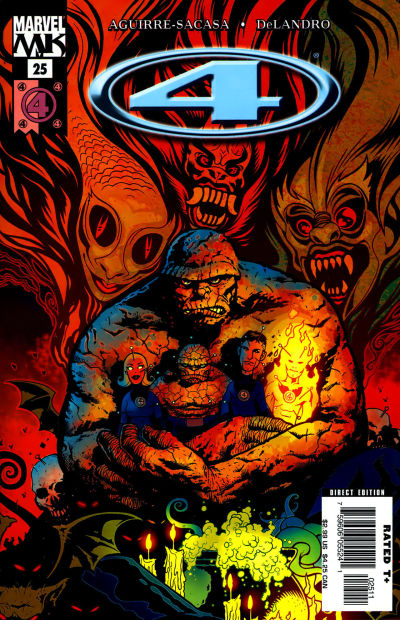 The Resurrection of Nicholas Scratch: Part One: “Omens and Portents”

Written by ROBERTO AGUIRRE-SACASA Penciled by MIZUKI SAKAKIBARA Cover by TONY HARRIS THE RESSURECTION OF NICHOLAS SCRATCH Part 1 [of 3] There is an order to everything. A balance to the world and the nether-realms beneath the world. And now that balance is being tipped, as dark forces gather like a storm. The occult mutants known as Salem's Seven are once more banding together. But this time, it's to bring their father, the nefarious Nicholas Scratch, back to life. If they should somehow succeed…pray for the Fantastic Four's souls!

The Resurrection of Nicholas Scratch: Part One: "Omens and Portents"